The Center Ranch Dispersal, held in Fort Worth’s Will Rogers Equestrian Center on December 9, as part of the 2021 NCHA Futurity Sales, realized $7,491,000 on 117 horses, for an average of $64,026. The total was an all-time record for a cutting horse dispersal sale.

The highlight of the event was the sale of the ranch’s foundation sire, 21-year-old Woody Be Tuff for $1,300,000 to Ty Smith, Whitesboro, Tex.

Center Ranch owner Finis Welch, who passed away in 2020 at the age of 82, purchased Woody Be Tuff in 2008, as an unproven 7-year-old stallion. Since then the Nitas Wood son has sired earners of over $7 million, including his 2008 daughter CR Sun Reys LTE $371,053, who sold along with an embryo by Metallic Cat for $550,000, the Dispersal’s second-highest price,.

Twelve-year-old Smooth As A Cat daughter Mercedes Smoothe LTE $148,900, who sold with an embryo by Woody Be Tuff, is the dam of two cutting earners, including Smooth As Mercedes LTE $121,145.

All proceeds from the Center Ranch Dispersal will go to the Finis Welch Foundation, which benefits promising Texas students with limited resources for continuing education.

For a complete list of the Center Ranch Dispersal results go to NCHA Futurity Sales. 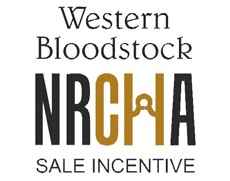